The IntesisBox Gateway has been specially designed to allow bidirectional control and monitoring of all parameters and functionalities of LonWorks devices from a BMS, SCADA or any other device working as a BACnet client.
SKU:
IBBACLON3K00000

The IntesisBox gateway has been specially designed to allow bidirectional control and monitoring of all parameters and functionalities of LonWorks devices/network from a BACnet BMS, SCADA, PLC or any other device working as a BACnet IP or MS/TP Client.

The aim of this integration is to make accessible LON system signals and resources from a BACnet based control system or device, as if it was a part of the own BACnet system and vice-versa. The gateway acts as a BACnet/IP Server or BACnet MSTP device in its BACnet interface, allowing other BACnet devices to perform subscription (COV) requests and reads/writes to its internal points. From the LON system point of view, IntesisBox acts as a LON client device in its LON interface. The readings of the LON device(s) is performed by IntesisBox by automatic continuous polling. Configuration is carried out using the configuration software IntesisBox® MAPS.

I'd like to inquire about the LonWorks to BACnet Gateway for 3000 points (discontinued) IBBACLON3K00000. Please provide me with a quote for this product. 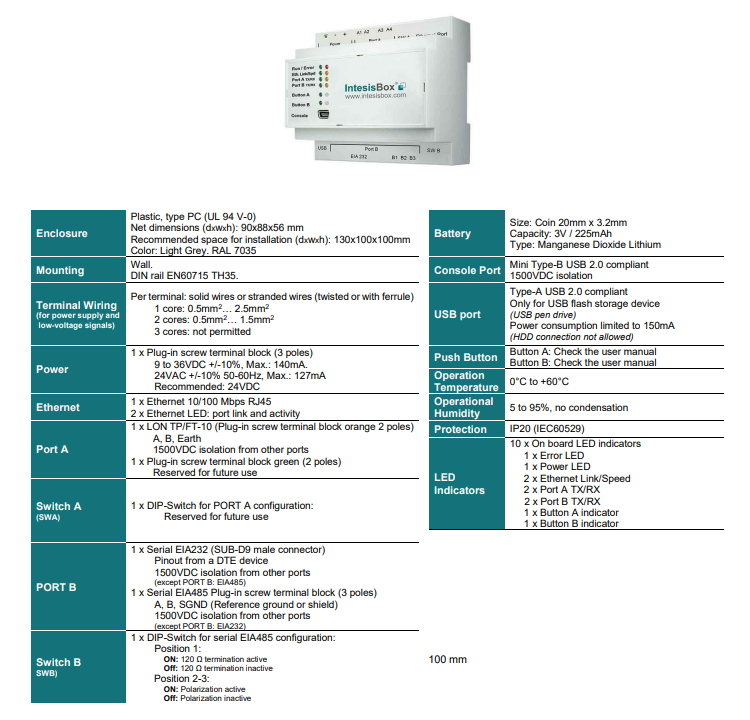