Toyota is touting its progress on a new kind of battery technology, which uses a solid electrolyte instead of the conventional semi-liquid version used in today’s lithium-ion batteries 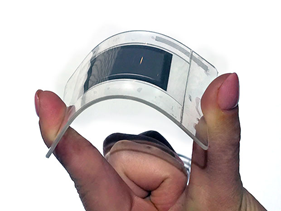 Panasonic’s bendable battery, which is just 0.45 millimeter thick, is relatively low capacity. The largest version, known as CG-064065, has a maximum capacity of 60 milliampere hours (mAh), and the smallest comes in at 17.5 mAh. For comparison, the largest smartphone batteries boast around 3,500 mAh.