Is lifting an aircraft carrier possible with a magnet?

Is lifting an aircraft carrier possible with a magnet?

Yes, It is possible through a concept.

When assembled, the magnet will be 59 feet tall and 14 feet wide, weighing a thousand tons. It was built in the US and has been shipped to France to the experimental fusion reactor known as ITER.

The magnet will be capable of producing a magnetic field measuring 13 teslas — around 280,000 times stronger than Earth's magnetic field — making it strong enough to lift an entire aircraft carrier, which weighs around 100,000 tons (90,700 metric tons).

There is an international effort to build a fusion machine. When you heat things up enough the electrons become so energetic that they are lost and you are left with a plasma of charged particles. Because they are charged they can be manipulated by a magnetic field. Building the magnets to do this is probably the most challenging part of the fusion equation. 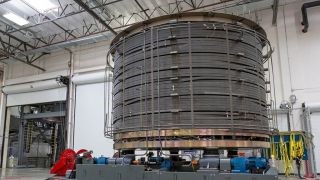 This large-bore, full-scale high-temperature superconducting magnet designed and built by Commonwealth Fusion Systems and MIT’s Plasma Science and Fusion Center (PSFC) has demonstrated a record-breaking 20 Tesla magnetic field. It is the strongest fusion magnet in the world. 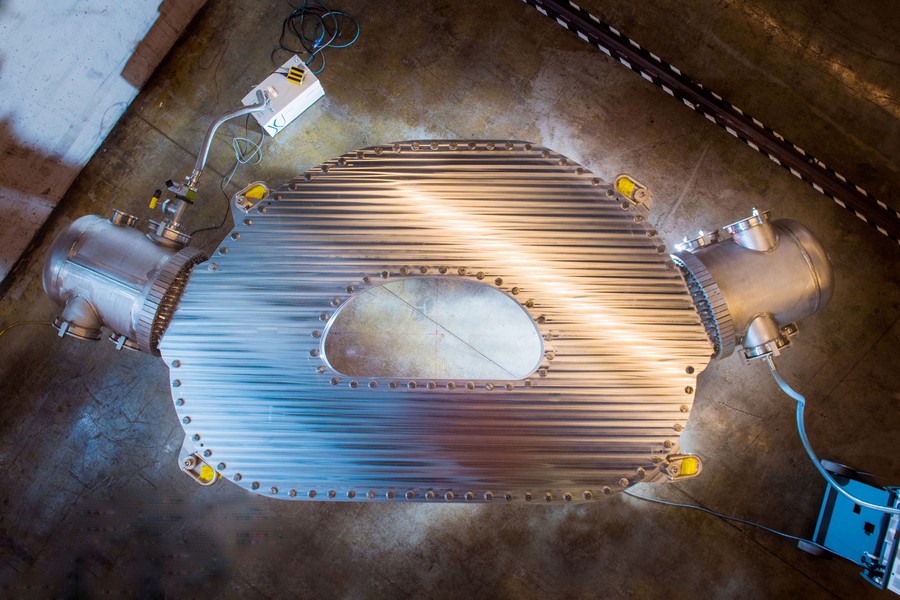 The major innovation in the MIT-CFS fusion design is the use of high-temperature superconductors, which enable a much stronger magnetic field in a smaller space. This design was made possible by a new kind of superconducting material that became commercially available a few years ago.

45 Tesla’s – The Strongest Magnet of all

When some superconductors are chilled to within a degree or 2 of Absolute zero ( - 273 DegC) they can be used to make phenomenal magnetic fields. One problem with conventional superconducting circuits is that when they heat up, they can suffer from a sudden jump in resistance called quench. Any flaw or deviation in their path causes conduction to become less than super, interrupting the flow.