IntesisBox acts as a master in the BACnet side allowing to read/write points of other BACnet/IP device(s) connected to a BACnet network and offering these point's values through its KNX interface.

On the KNX side, IntesisBox simulates a KNX device and acts as if it was a single device into the KNX system.The IntesisBox's KNX interface connects directly to the KNX bus and it is optoisolated from the rest of the internal electronics.

I'd like to inquire about the BACnet IP & MS/TP Client to KNX TP Gateway - 3000 points INKNXBAC3K00000. Please provide me with a quote for this product. 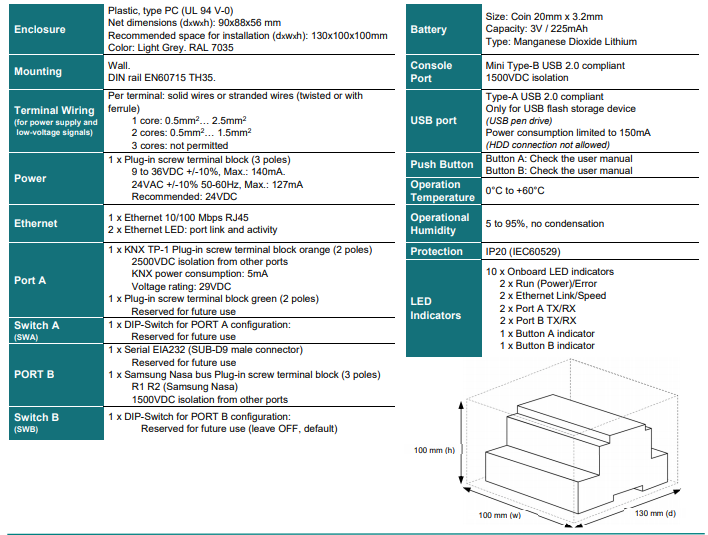