Job security is sometimes measured by the extent to which a job is temporary or permanent.

Defining a triple-protected job as one that has no predetermined end date, has a low risk being lost of transformed due to automation, and is resilient to pandemics.

The study shows that two in five employees held triple-protected jobs in Canada in 2019, prior to the COVID-19 pandemic.

However, such jobs were unequally distributed across workers, families, and regions. Highly educated and high-wage workers were the most likely to hold such jobs. Likewise, highly educated dual-earner couples and dual-earner couples in the top decile of the earnings distribution were much more likely to have triple-protected jobs for both spouses than other dual-earner couples. In fact, the disparities in triple job protection by education and earnings were larger among dual-earner couples than among individuals. Finally, couples living in economic regions with large cities were far more likely to enjoy relatively high levels of job security than those living in small towns and rural areas. Note that these results attach no weight, either in likelihood (probability of job loss) or in importance (loss of earnings conditional on job loss), to any of the three conditions of job security examined in this study. 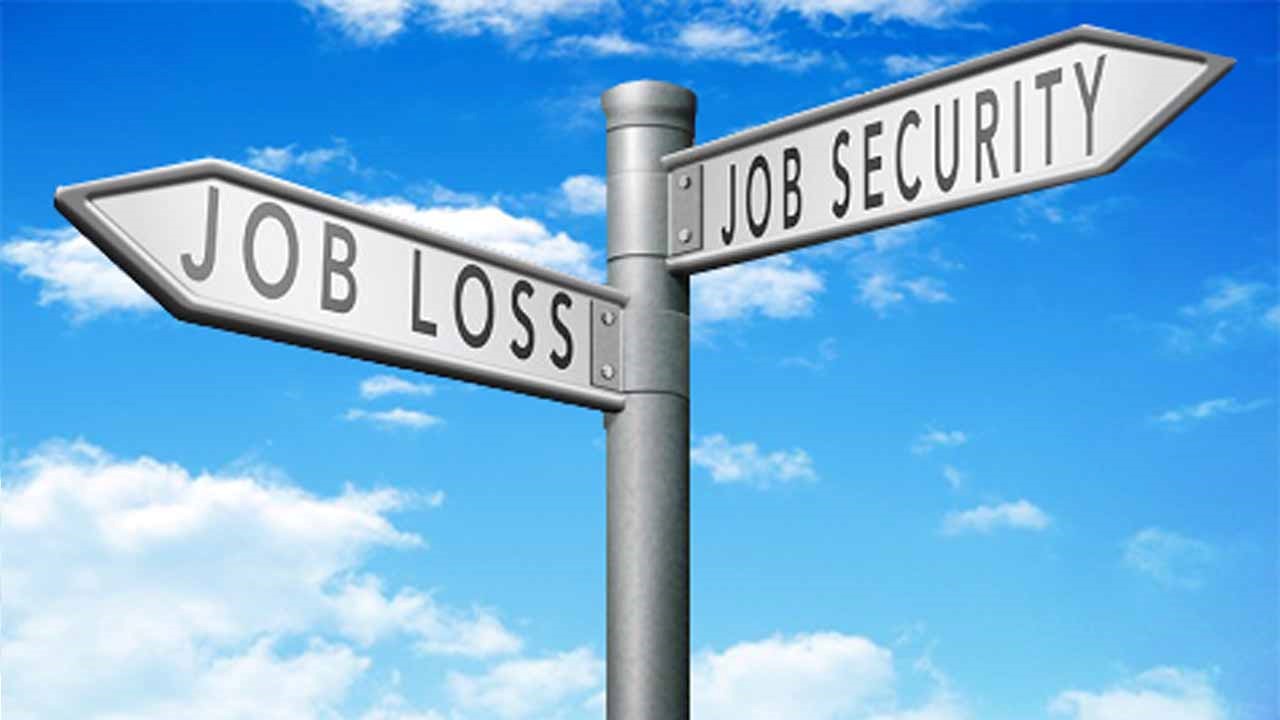 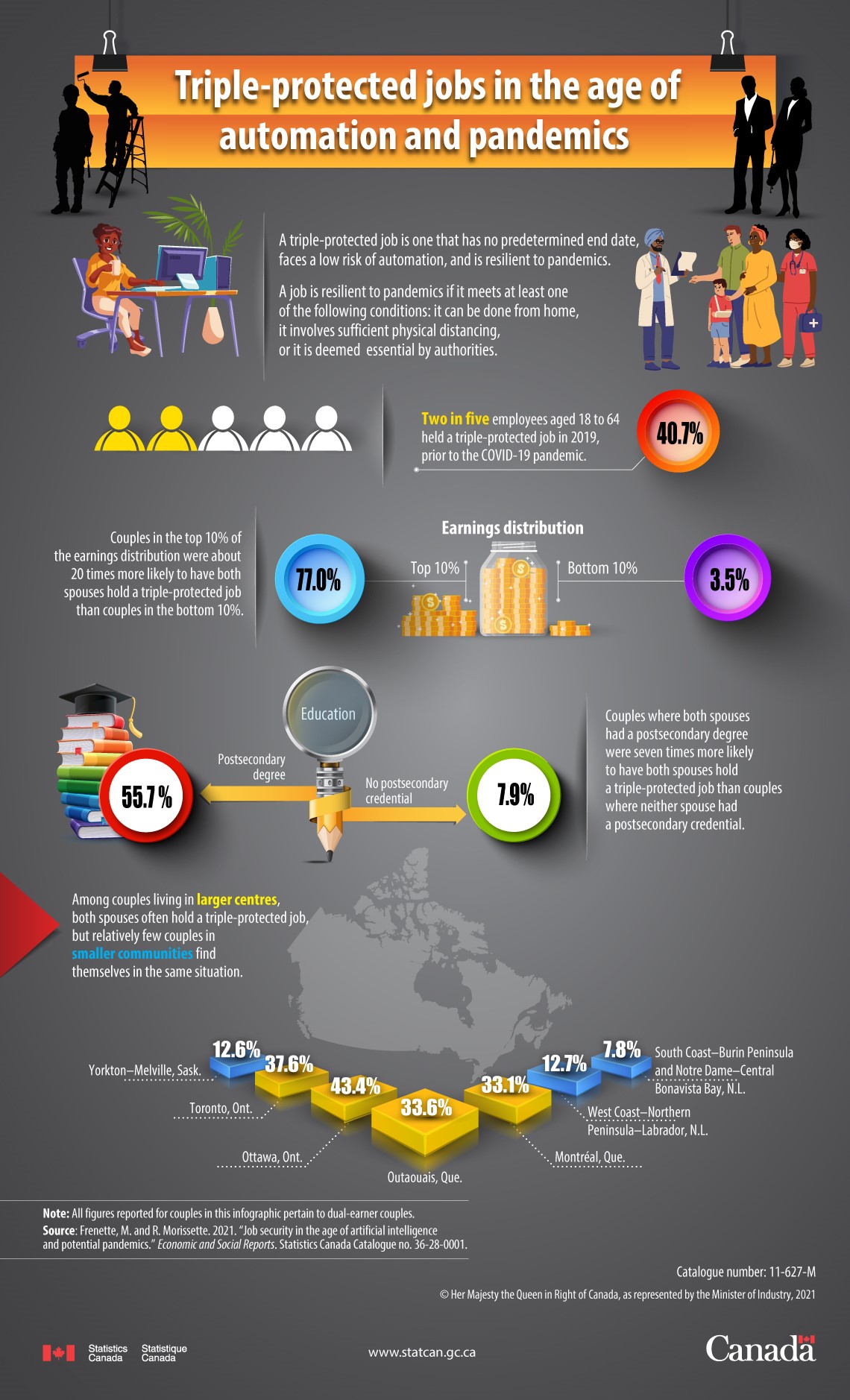 Context of your work counts – You could never automate the job of plumbing repairs because nothing is predictable.

Most people believe that machines will take over mostly blue-collar jobs, such as in factories and manufacturing. While machines can improve some efficiencies, some tasks will require more context than machinery can handle.

In the domain of welding, it is possible to automate the task in a repeatable or predictable production line. There has to be a specific kind of input that goes through a specific process to produce a specific output.

This type of rote work is particularly suited to automation. However, it is much harder to automate the repair of an automobile, as the welder has to make a judgment call based on the situation. For example, the welder would need to decide whether they would bang out a damaged portion of a car or cut through it and replace it.

Many skilled workers, in particular, are not automatable. Take a plumber, for instance. The work is not predictable at all. When a plumber shows up at a house, many factors come into play that the plumber has to consider. The plumber may need to know the age of the boiler, the type of pipes, seasonality of the problem, and so on.

Only after getting the answers to these kinds of questions can the plumber even start to figure out what to do. This type of job involves a lot of context as well as physical dexterity. Robots are not able towalk like humans yet, so changing a pipe under the sink is probably out of the question.

Another skilled type of work considered blue-collar is clothing and shoe production. Two companies claim to have developed AI-based software that can guide a robot to make shoes and sew clothes. However, these systems require humans to work alongside them and can only handle very specific and simple production lines. Much of the designing and implementing still depends largely on humans to work.

Contrary to popular belief, white-collar jobs may actually be more automatable than many skilled blue-collar jobs. Quite a lot of automation implementation is going on in the world of white-collar workers, from life insurance agents to medical personnel.

Automation and Job Transformation in Canada: Who’s at Risk? 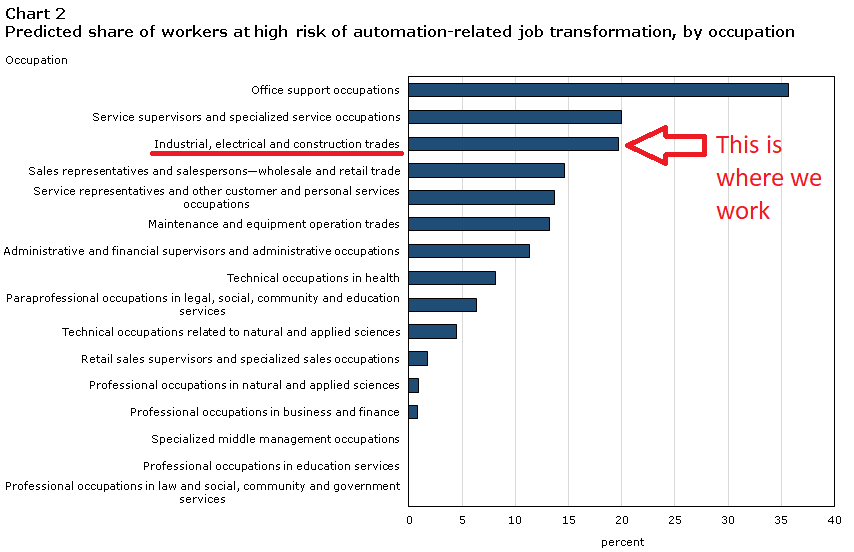