Are Printers Leaving an Unsuspecting Paper Trail That Can Be Traced Back To You?

Let's say you work for Ferrari. One day, a representative from Porsche contacts you and offers you a fortune to steal some secrets from Ferrari. You accept, and print out internal documents and hand them off to Porsche. Will you get away with it?

Let's go on further and assume that Porsche ends up turning over those documents to the FBI after being sued by Ferrari. One thing you might not have considered is that almost every page printed on a color inkjet or laser printer has a secret serial number which can be traceable to the printer itself. 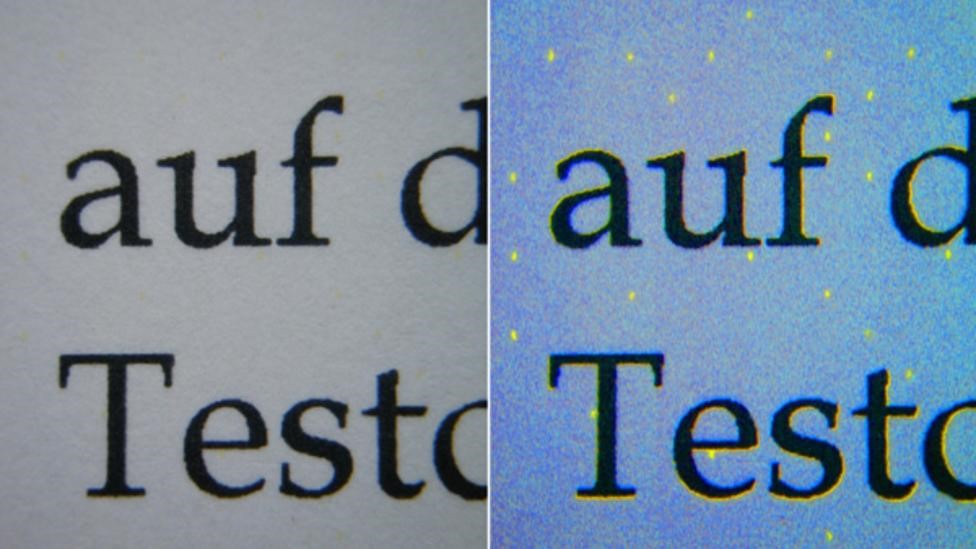 Also known as MIC, a Machine Identification Code is akin to a digital watermark that particular inkjet and laser printers add to each printed document. Forensically, you can use the MIC to determine the serial number of the printer and even the date and time the document was printed! It is key to know that not all printers create this code. Click to see a list of which printers DO and DO NOT use these codes. 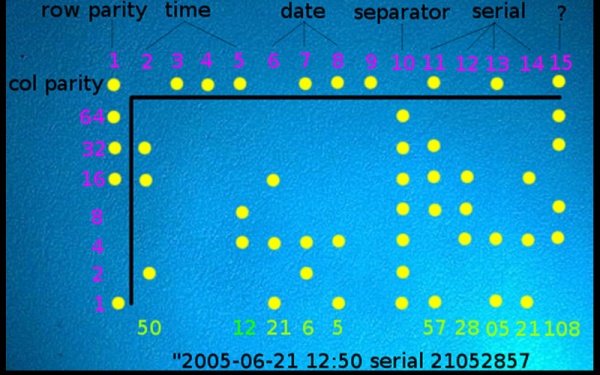 If you look at the above graph, you will notice that there is a matrix of yellow dots. Each yellow dot is only about 1/10th millimeter in diameter! They are almost impossible to notice with the naked eye. This matrix of dots consists an 8 × 16 format and only occupies an area of about four square centimeters. Using the above example, in theory, the FBI could use this information to determine key information about the document:

A person with the Electronic Frontier Foundation (EFF) was able to discern that these yellow dots represented a binary matrix. They then discovered the logic behind them, and realized the importance of the yellow-dot steganography. The EFF concluded:

“Some of the documents that we previously received through FOIA suggested that all major manufacturers of color laser printers entered a secret agreement with governments to ensure that the output of those printers is forensically traceable,"..."Other companies came up with other variants of that scheme that were more complicated, harder to decode. Canon kind of twisted theirs around in a spiral, but everybody was basically putting a small digital set of bits smack dab all over the print.”

To answer the initial question posed in this article, you will likely not get away with your crimes. Sorry!

Privacy advocates are concerned about possible implications of this technology. Imagine where someone freely expresses their personal beliefs in a critical manner and prints out flyers to post around town. These could be political beliefs, personal beliefs, or possibly anger towards local & state government. This problem remains: What is preventing the intended target of the flyer from using the printed codes (on the flyer) to track down the people whom created the document?

While the US goverment has not made an official comment, a Secret Service counterfeiting specialist has claimed that they will only use these detection codes in the case of a crime.