What is KNX? What are its applications? Whats Special about it? Lets see:

KNX is a network standard, basically OSI-based network communications protocol which is extensively designed and developed for building/home automation.

KNX is an abbreviation for the word Konnex

The KNX is not constrained by hardware compatibility, a KNX device could be controlled by anything from an 8-bit microcontroller to a PC, based on the level of implementation and application. 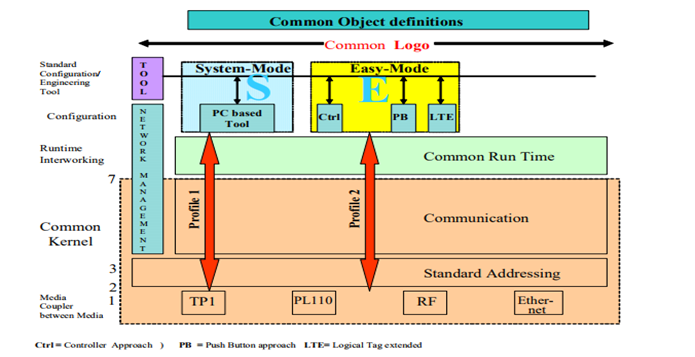